Since the release of Elemental Menu, we received many questions about the product: “What is so good about it?”, “What makes it different?”… If you’re questioning about its capability, let get down into the details.

Problems with other popular menu addons

Back to 2019, when I first developed Clever Mega Menu for CleverSoft based on the famous JetMenu addon, I felt like I can make something better. But, at that time, I just wanted to get the job done by finishing what I was assigned and left the following problems unsolved:

The popup editor of the JetMenu is also fragmental. We have to open a separate window to preview changes in a complete context instead of previewing live changes directly on the Elementor editor.

In Clever Mega Menu, I tried to fix this problem by creating a mockup menu when editing a menu item and converting menu item settings to live Elementor controls: 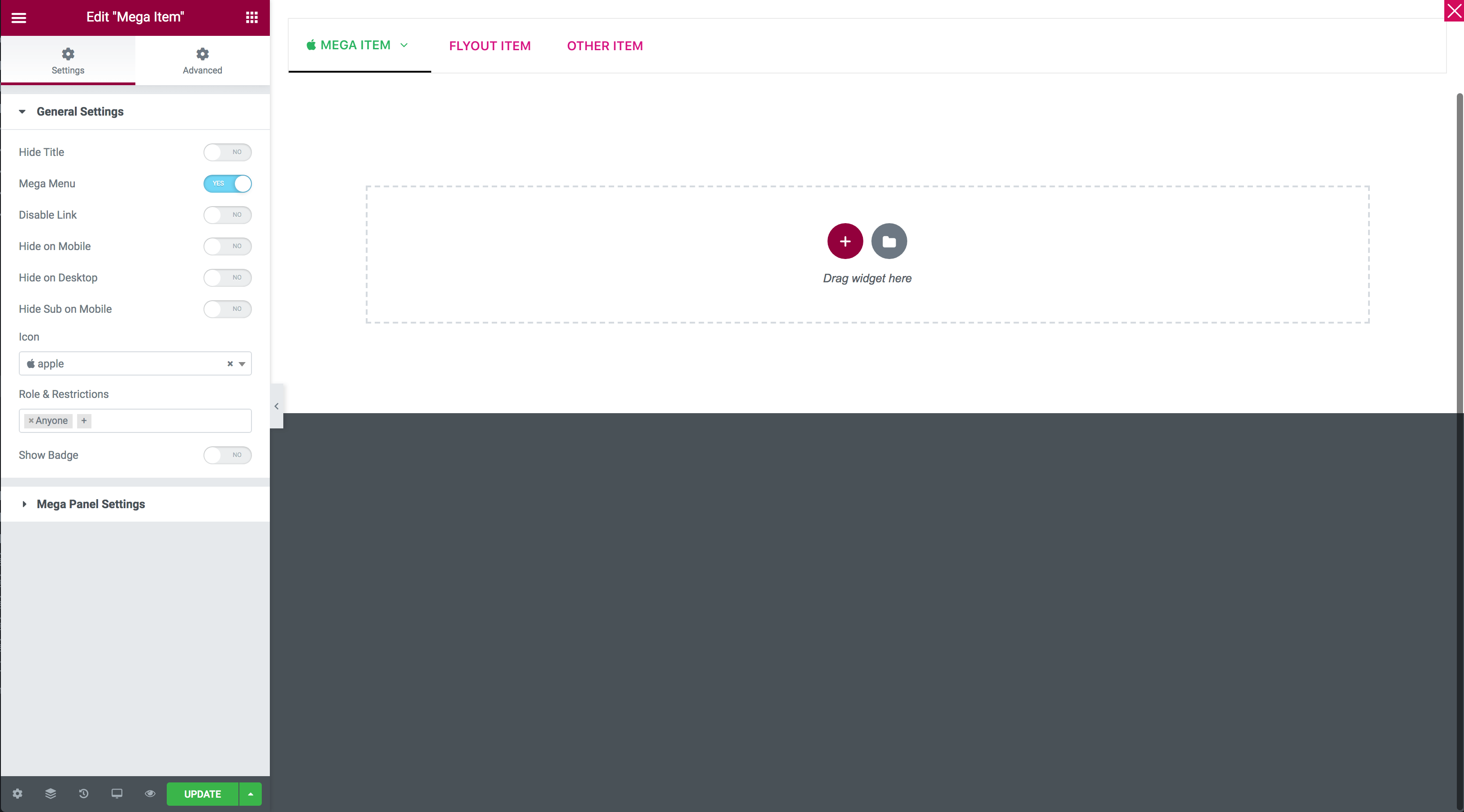 JetMenu is too heavy. I don’t know why they have to enqueue a separate version of the Font-Awesome along with the default version enqueued by Elementor. Maybe it’s for backward compatibility. There are other requests including the whole Vue.js library which is overkill for a navigation menu component.

Clever Mega Menu is less heavy. But it also enqueues a separate version of the Font-Awesome along with a custom icon font.

With both JetMenu and Clever Mega Menu, the first time you edit a menu item, a hidden post is created and loaded into the Elementor editor. The content of a mega menu item you see on the frontend is actually the content of the hidden post. The idea came from a mega menu builder developed by an Envato author called “truongsa”. I copied his idea when developing the Clever Mega Menu For WPBakery Visual Composer.

The problem with this idea is that if the data of the hidden post isn’t deleted when a menu item or a menu is deleted, there will be a large amount of orphaned data in the database. And that happens with both JetMenu and Clever Mega Menu.

How did we solved the problems

Everything is live, truly live

The first thing we did was to make sure that there’re no fragmental settings and every control must be live. This can be achieved with the Elementor controls. We planned sections and controls in a logical UI then put all of them into a single widget just like the Nav Menu widget of the Elementor Pro. We named it Elemental Menu.

Now that everything is live when adjusting the appearance of a menu, we also need a streamlined editor for each menu item with an intuitive UI.

The algorithm behind the smart context-aware is that: every time users saved the editor, Elemental Menu will save the ID of the grand section which contains the editing menu then use that ID to render the editing menu context. Thanks to CSS Manager and Elements Manager in Elementor, we can truly mimic a streamlined editing context:

If you don’t get the idea, just think about the seamless experience when you don’t have to leave the Elementor editor because everything is now streamed and can be previewed directly on your editor.

Performance is always our first priority. We try to write custom code in every project we do to keep everything as fast as possible. And by doing that, our Elemental Menu only needs two lightweight requests on the frontend even though it has bunch of features: 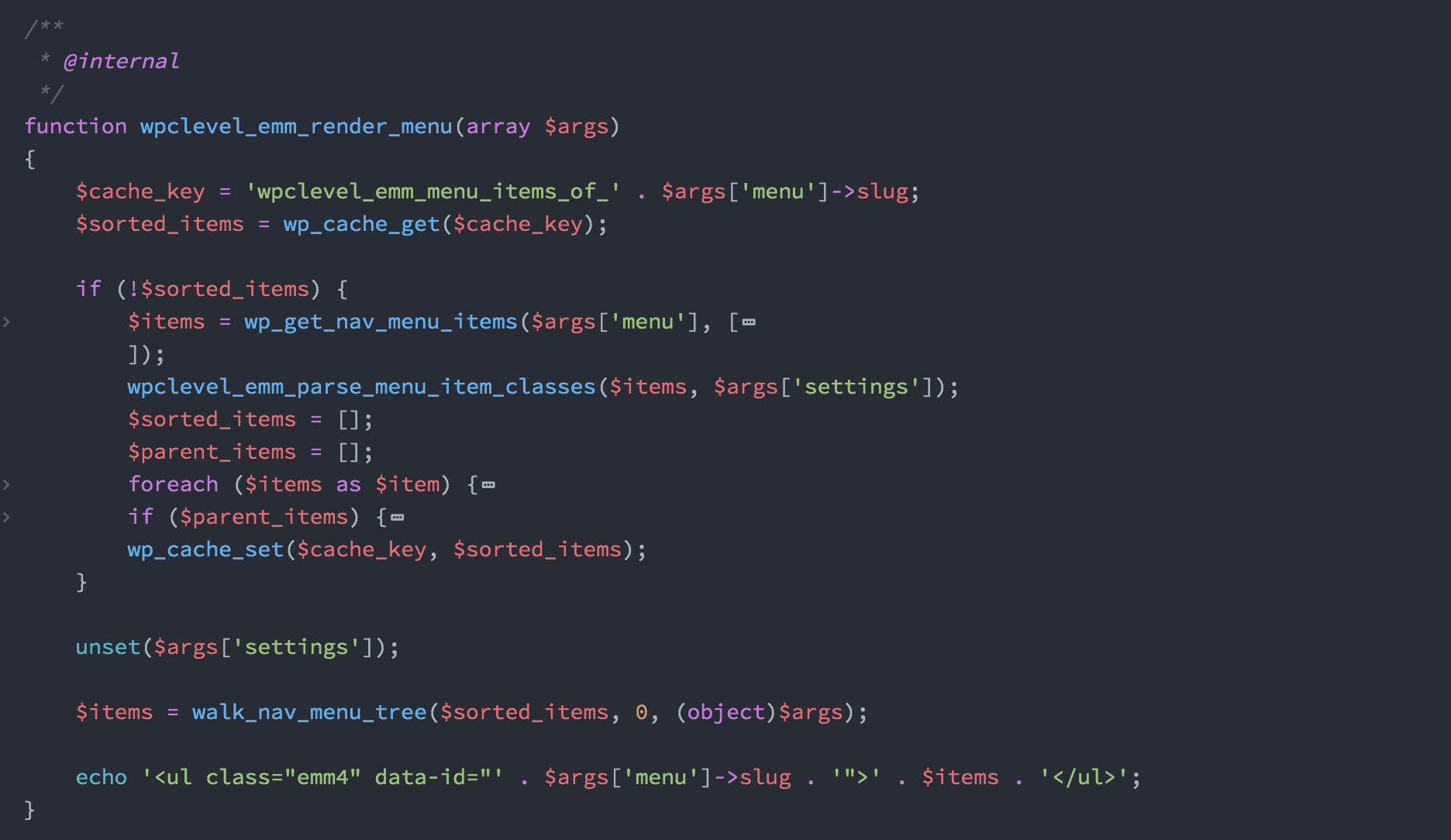 The event-driven architecture and runtime overriding of WordPress makes things a lot easier. We can easily override the WordPress’s wpNavMenu.removeMenuItem function to delete hidden posts’ data after a menu item deleted.

That’s how we solved critical problems with other popular Elementor menu addons. If you don’t understand those technical stuff, you can try it yourself to see how things work.

The future of Elemental Menu

Since Elemental Menu has unlocked all possible mega menu layouts, in the upcoming releases, we will enhance animation and add functionality to create other kind of navigation menus such as fullscreen menus.